Hope Street shines spotlight on youth homelessness on Q & A 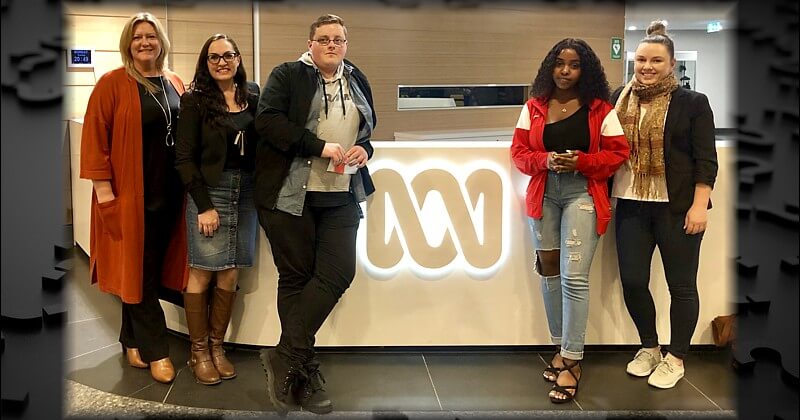 The issue of lack of services forcing young homeless people to move away from their support network was in the spotlight this week when Hayden Champion Silver, 21, asked a panel of politicians why there were limited services in growth corridors.

Hayden Champion Silver, a 21 year old young person with lived experience of homelessness, posed the following question to the panel during the Melbourne live studio broadcast:

I'm 21 years old and I became homeless in November last year after leaving a traumatic home situation. I'm from Melton in Melbourne's West. There was no crisis accommodation available for me in my area, so I had to move to a youth refuge 40 kilometres away when Hope Street Youth and Family Services found me a place. The experience of having to move caused me more trauma and I wish I could have received the support and accommodation I needed in my home community. My question is: why are youth homelessness services not more available in growth corridors around Australia, despite these areas having some of the highest rates of domestic violence and youth homelessness?

Rebekha Sharkie, Centre Alliance Member for Mayo, said "we know that young people are the largest group of homeless people, and that's growing significantly", and she spoke of her disappointment over federal funding cuts to the homelessness sector.

Sami Shah, Comedian and Writer, expressed shock over the growing rates of homelessness in Melbourne in particular. "The amount of homelessness I saw in Melbourne when I first came here in 2015 really took me aback. The sheer numbers in Melbourne and the outer suburbs was astonishing and quite depressing, given the fact that we are a country that's had a growth economy for a longer period than most of the world." 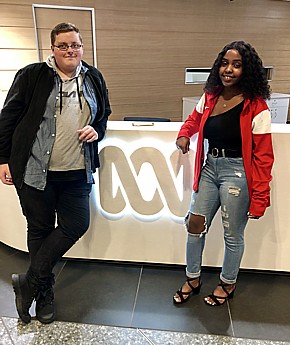 Q & A Host, Tony Jones, raised last week's incident where the new Federal Homelessness Minister, Luke Howarth, faced backlash after he played down the existence of the homelessness crisis and claimed it was important to "put a positive spin" on the issue. Minister Howarth claimed homelessness growth was "not ahead of population growth", despite population growth sitting at 8.8% and the growth in homelessness sitting at 14% between the 2011 and 2016 Census surveys.

Linda Burney, Shadow Minister for Human Services, highlighted that in many cases youth homelessness is hidden from society – "it's young people sleeping on couches" – and called for increased funding into the issue. "It really is a responsibility of government, developers, the business community and community housing providers to look at how we can leverage more funding to be able to build more units. We need more places for people to live, and not just crisis accommodation. If you haven't got an address, you can't keep down a job, it's hard to go to school... Labor took to the election a second version of the NRAS (National Rental Affordability Scheme) and 250,000 new housing units. We lost the election but we would love the Government to actually have a look at that and realise that this is one of the biggest social issues facing us," she said.

Donna Bennett, CEO of Hope Street Youth and Family Services, said she was proud of Hayden and other young people who are experiencing homelessness. "It takes a lot of courage and resilience to speak up about your experiences with homelessness in front of a live studio audience and a national television audience – we are grateful to Hayden for using this platform to shed a much needed light on youth homelessness and the need for increased services for young people who are experiencing homelessness, particularly in growth corridors around major cities," she said.

Donna added that since Hayden's experience of homelessness in Melton, Hope Street has launched Melton's first youth refuge and mobile outreach service, as part of an innovative new youth homelessness model called the Hope Street First Response Youth Service. The service is funded by the Victorian State Government, Hope Street, the City of Melton, The Ian Potter Foundation, and other philanthropic and business contributors. It has provided homelessness support to 237 young people since July 2018, and construction of a purpose-designed youth refuge is currently underway and due for completion by the end of 2019.

"It's fantastic to know that now, if a young person becomes homeless in Melton, Hope Street can provide crisis accommodation through our youth refuge, allowing young people to access the support they need within their home communities, and mitigating the potential trauma caused by a forced move out of their home community," said Donna.

Up ahead, Hope Street, in partnership with the City of Whittlesea Council, is working towards establishing the First Response Youth Service in the City of Whittlesea, another growth corridor on Melbourne's outskirts with high rates of family violence and youth homelessness and currently no crisis accommodation for young people. "Ultimately, our vision is that all young people who are experiencing homelessness around Melbourne would be able to access the support they need within their own communities, and Hope Street is doing all we can to bring specialist youth homelessness services to the areas that need them most," said Donna.

View the playback of Hayden's question and the responses from the live streamed Q & A episode:

For interview and photo opportunities, please contact Frank Scifo, Business Development and Partnerships Manager, at  or on 0401 473 923.

To learn more about youth homelessness and young people's lived experiences of homelessness, please see I Am A Young Person.

The future of youth housing
Hope Street CEO, Donna Bennett, was part of a pane...

Social and affordable housing for young people
Hope Street has made a submission to a discussion ...