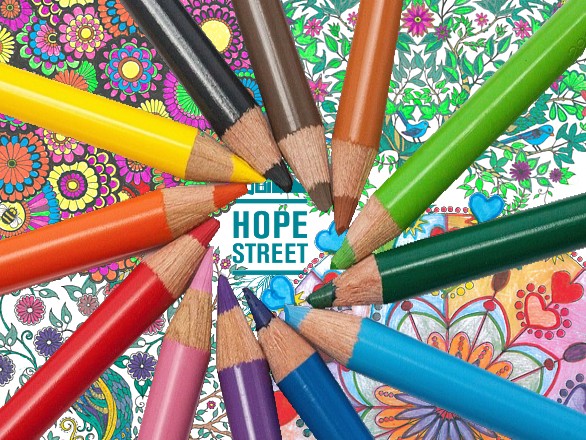 At Hope Street, Mandala Workshops are presented as a non-religious, therapeutic and creative tool in which young people are invited to participate and express themselves through the colouring in of Mandalas.

What is a Mandala?

The word "Mandala" is from the classical Indian language of Sanskrit and means 'circle'. The Mandala has been derived from Hinduism and Buddhism representing the Universe. The colouring in and creation of Mandalas has therapeutic benefits: the gentle rhythmic colouring-in motion relaxes young people whilst at the same time encourages creativity, expression and participation.

Studies have shown that the body clock (or Circadian Rhythm) is significantly disrupted throughout adolescence; this is especially so when a young person experiences significant trauma, stress and/or anxiety. Historically, it has been used as a 'sacred space' and as an aid to bring about a state of meditation and trance. It represents wholeness, and can be seen as a model for the organisational structure of life itself. 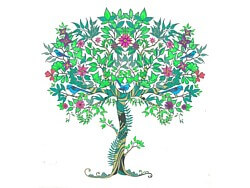 The workshops have become an integral part of building relationships in the supported crisis accommodation program (youth refuge) and have provided an opportunity for young people to engage with staff and each other in a supportive and creative environment. Young people can attribute their own meanings and life stories into the creation of their Mandalas. Evening Mandala sessions have been very successful in creating a soothing and relaxing environment in which young people 'can let go of their stresses' and involve themselves in a 'feel good activity' that has been therapeutically proven to enhance well-being. The Mandalas, along with a hot drink, enable a young person to engage in conversation without having direct eye contact and support young people in reaching a relaxed state before bedtime.