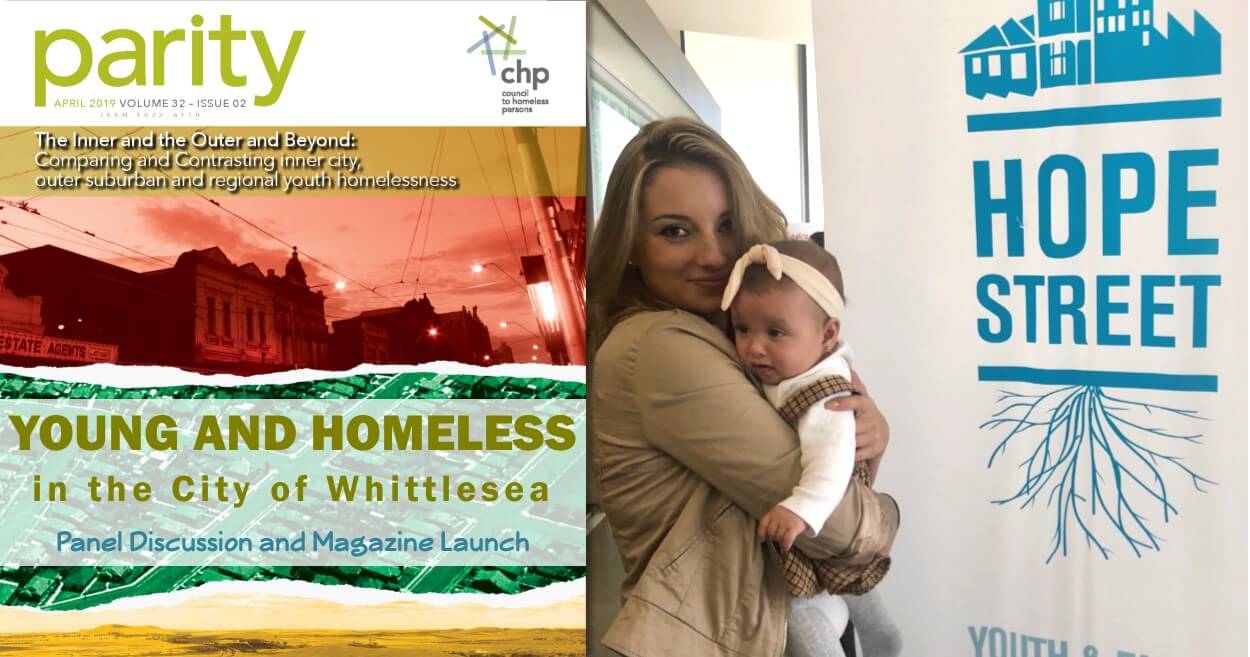 The City of Whittlesea played host to a panel discussion on youth homelessness on Tuesday 07 May, attended by homelessness service providers, government representatives, community members and young people with lived experience of homelessness.

The event, called Young and Homeless in the City of Whittlesea, was organised by Hope Street Youth and Family Services, one of Melbourne's longest serving specialist youth homelessness service providers, in partnership with Baseline for Young People at City of Whittlesea and Council to Homeless Persons. 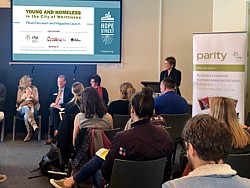 The panellists drew attention to the urgent need for more homelessness services, specifically for young people and young families, in the City of Whittlesea – an area with high rates of youth homelessness, family and domestic violence and youth unemployment.

Whitney, a young mother who has been experiencing homelessness for the past three years, spoke about the stress of not being able to access homelessness services in her home community. "I have children in this area, and this is my home, but there were no beds available for me when I was homeless, so I ended up in a refuge in Brunswick and then out in a transitional house in Melton. I had to travel for hours on public transport from Melton to Melbourne every day to be able to see my children and to attend my doctors' appointments. I did all this whilst pregnant and having a newborn baby too. I was grateful for the support I received, but it would have been amazing to have gotten that support in my home community," she said.

The event also launched the April edition of Parity magazine, Australia's national homelessness publication, produced by Council to Homeless Persons. The April edition, co-sponsored by Hope Street and called The Inner and the Outer and Beyond, is focused exclusively on youth homelessness and its articles compare and contrast inner city, outer suburban and regional youth homelessness. Hope Street has contributed the following articles to this edition:

00 - Opinion: Donna Bennett
01 - Intergenerational Homelessness in Melton: A 23-year-old Mother of Three Shares Her Story
02 - Jesse's Story
03 - The Need for Youth Homelessness Services in Outer-suburban and Rural Areas: Through the Eyes of a Young Person with Lived Experience
04 - Responding to Youth Homelessness in Melbourne's North: Partnerships for Dual Diagnosis
05 - New Innovative Place-based Model of Youth Homelessness Response Targets Outer-suburban Growth Corridors
06 - Evaluation of the Hope to Home Model for Transitioning Young People into Private Rental Accommodation in Melton and Whittlesea
07 - Experiences of Young Parents in the Hope to Home project in the Outer Growth Corridors of Melbourne

Donna Bennett, Hope Street Chief Executive Officer, said the magazine raises attention for the need for local place-based responses to youth homelessness, particularly in growth corridors. "Many of the articles focus on place - the physical, social, economic and cultural locale in which youth homelessness is experienced. Place is something Hope Street is passionate about. We believe young people should be able to access the support and accommodation they need within their home communities, without having to relocate elsewhere to access services. This is why our strategic focus is on developing services in growth corridors," she said.

Hope Street has plans to build a First Response Youth Service in the City of Whittlesea in the future, which will include a 12 bed youth refuge to provide crisis accommodation to young people and young families, and a mobile outreach service that will support 120 young people per year. The model will mark the first crisis accommodation centre for young people in the City of Whittlesea, and will mirror a similar one currently under construction in Melton and due for completion later this year. The City of Whittlesea has committed the long-term lease arrangement of 2500 square metres of council-owned land for this purpose, and Hope Street is currently mobilising funding partners to cover the capital and ongoing recurrent operational costs.

The event took place at EDGE Youth Facility in Westfield Plenty Valley and was attended by roughly 60 people.